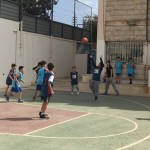 Little League at the NOS in Amman

LGC supports the Little League at the NOS

LGC is happy to support the basketball and soccer kids teams at the National Orthodox School in Amman. Little League rocks 🙂 (October/November 2015)

LGC is pleased to support such a great event! More photos: here.

FaDaF – Specialists for German as a Foreign Language

‪LGC team is happy and proud … we made another milestone and are now a member of the professional association German‬ as a Foreign Language (FaDaF) because we care about the  quality of teaching! (1.11.2015) 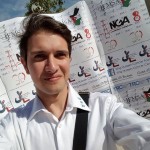 The 8th National General Assembly was held on Friday 18th of September at the Mutah University. IFMSA-ians from all around Jordan have attended this NGA with a great enthusiasm and joined the theme event about Atherosclerosis. 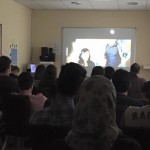 All LGC team was happy to participate the German Week 2015 organized by the German Embassy in Amman. In cooperation with the Goethe Institute Jordan the Language Generation Center was daily screening German movies (03.-7.05.2015)

Workshop for German Teachers and Teachers-to-be

Dr. Gunther Weimann from Cornelsen Publishing House offered a workshop for young German instructors. He presented new books and discussed about that with the methodology students of the University of Jordan as well as with the Junior German-Team of LGC. (03/05/2015) 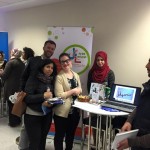 LGC’s participation of the 5th Job Fair at the GJU

Our team joined the Job Fair of the German Jordanian University in Madaba. We enjoyed being surrounded by the students, staff members and guests! (15.04.2015) 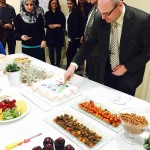 Official inauguration of the ÖSD examination center at LGC

Mr Alfred Bratranek from the Austrian Embassy Amman happily and officially opened the ÖSD German language examination center at LGC which is the only examination center in the Middle East, in Jordan, in Amman. Around 30 students received their B1, B2 and C1 certificates. Mabrouk to all students, examination and teaching team, the whole staff of LGC! (28.03.2015) 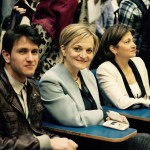 The 7th National General assembly was held on Saturday 28th of March at Hashemite University. IFMSA-ian from Hashemite, Jordan, Mutah Universities and JUST have attended this NGA with a great enthusiasm. The theme event which was about Autism involved a lecture given by Dr. Widad Arqoub,videos showing how people react with autistic children and an exhibition presenting products made by autistic children. LGC was pleased to support such a great event!(28.03.2015) 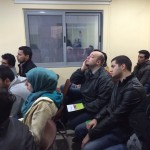